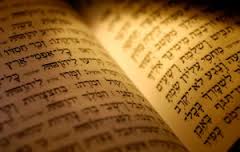 As we should expect, the doctrine of union with Christ has its roots in Old Testament teaching.  In this article we will explore these biblical foundations, because they lay the ground work and set the biblical-theological trajectory for our New Covenant understanding of oneness with Christ.

I am making an assumption as I approach our discussion: the Bible is One book with a Divine author who speaks with One unified voice. Thus the Old Testament is not just a historical back-story to the New Testament, as if the Old Testament is the optional Prelude to the actual Novel. Rather, the Old Testament is essential for understanding the New. In the Old Testament God promises what he then fulfills in the New. Specifically, God has hard-wired many sights & sounds, themes, characters, and practices into Israelite culture and history that point the way to the Messiah and our salvation in Him.  Let me pull on three of these threads that relate to union with Christ: divine presence; covenantal representation; and depravity & incarnation.

Sometimes in our eagerness to grasp our salvation in Christ, we may sideline what that salvation is for and what repentant humanity is being restored to. We may have forgotten the goal of our creational existence and therefore the goal of our salvation: to dwell with God and his people forever in perfection and glory. That’s why were created and that’s where the Church is heading!  So it shouldn’t surprise us that divine presence saturates the entire Bible. It’s front and center in the opening chapters of Genesis (Genesis 1-3) and finds its glorious culmination in the closing chapters of Revelation (Revelation 21-22).

What’s in the middle is the person and work of the Messiah, anticipated in the Old Testament and realized in the New Testament. Yes, Jesus is the very presence of God on earth. He is also the True Israel and Last Adam, because he is what they should have been – humanity in perfect unity with God, walking daily in his presence. And through His life, death, and resurrection, Jesus makes it possible for repentant sinners to be with God.

In the Old Covenant God’s temple and priestly system mediated God’s favor and presence to Israel. But in the New Covenant, Jesus who is our temple and high priest, mediates God’s presence to us. The powers of the age to come are present in Christ and can be experienced by those who are jointed to Christ (Hebrews 6:5). John Davis comments: “Most remarkably in the new covenant every believer can be as close to God – indeed, closer – than Moses was under the old covenant.”[1]

Union with Christ encapsulates this wonderful restoration of relationship and explains how we can experience God’s presence today. Jesus has promised to indwell genuine believers, make his home in us, and be with us always as we make disciples (John 14:20, 23; 17:22-23, 26; Matthew 28:20). This day-to-day fellowship with Christ is described by Jesus as an abiding, residing, and remaining in Him (John 15:1-11). Because Christians are in Christ, they can draw near to God the Father, knowing the Father has also made his home with us (Hebrews 10:19, 22; John 14:23).

Practically, this means that God is really present to us in our prayers and meditative reading of Scripture.[2] Prayer and scripture reading can become more than just another opportunity to gain knowledge or change behavior. If we think rightly, these can become the very place of encountering the living God – because we are united to His Son who encounters His Father in every moment. As we approach God’s words and prayer, do we anticipate meeting with God? Do we relish his presence and power in our day-to-day lives? Or are we looking for good advice and a few inspirational thoughts for the day? If you’re looking for the latter, forget the Bible and go to your local Hallmark shop or search Google for “Maya Angelou quotes”. Just know that you are missing out on engaging in the here-and-now with the holy, majestic, and loving God of the universe!

As Michael Horton has said, “the Messiah not only saves; he is the corporate head of the people whom he represents and makes to share in the spoils of his victory.”[3] In other words, as goes the King so goes His subjects. But to properly comprehend this idea that Christ is our covenantal head, we must begin with Adam and Israel.

According to the Apostle Paul, Adam and Christ stand over against each other as the two great figures at the entrance of two worlds, two creations, the old and the new (Romans 5-6).[4] In their actions and fate lies the decision for all who belong to them. Thus before we were joined to Christ, we were joined to Adam – guilty and polluted by sin with Adam. Later Israel, who is called to be in covenant with God, continued in Adam’s ways and broke their union with God. Later still the prophet Isaiah spoke of the Suffering Servant (Isaiah 52-53) – not Israel but the Messiah who will represent His people as a substitutionary sacrifice.

The three major biblical offices of prophet, priest, and king reflect a mediatory and representational role within Israelite society. The prophet speaks on behalf of God to his people, and sometimes vice versa. The priest organizes sacrifices on behalf of God’s people to appease a holy God. The king rules as vice-regent of the Eternal King.

All of this paved the way for acknowledging Jesus as the Messianic corporate representative. He was born under the law, fulfilled the conditions of the Old covenant, took the curse of breaking that covenant, and his blood serves to ratify the New covenant.[5] Saving faith is the act of aligning ourselves with this Second Adam, True Israel, and ultimate Prophet, Priest, and King. Macaskill in his exceptional work on union with Christ notes:

To be united to Jesus means to be in the covenant through His covenant headship. It is to be in a condition of covenantal communion with God, with the covenant-fulfillment of Jesus serving as grounds for our communion. In Christ we kept the covenant.[6]

Now the story of the God-man Jesus is understood to be the story of his New Covenant people. Now when believers are joined with Christ, they identify with and participate in his narrative of life, death, burial, and resurrection (Romans 6:1-14).

Therefore all of humanity is either in Adam or in Christ. There is no in between with God; there is no progression. Those in Adam are guilty and corrupted by sin and will experience ultimate death. Those in Christ will receive all the blessings and benefits that flow from his righteous life, sacrificial death, and hope-giving resurrection. As we meander through our busy days, do we view every person around us as either in solidarity to Adam or in solidarity to Christ? May we proclaim the gospel to those in Adam! And may we encourage those in Christ to live out their new found status as children of the King!

The basis of our union with Christ is the incarnation of the Son. That’s a big statement that needs some explanation. Let’s start in the opening scenes of Genesis. Adam and Eve’s transgression in the Garden of Eden plunged all humanity into sin (Genesis 3:14-19; Romans 8:19-22). Theologians will tell you sin does two things to every human being: makes them guilty before a holy God; and makes them polluted so they don’t fully bear God’s image. God’s Son specifically took on flesh to remedy this double-crisis. The Son had to add humanity to his divinity, to walk as Adam should have walked, to live the history Israel should have lived, in order that believers may be acquitted from condemnation (justification). And the Son had to add humanity to his divinity so that believers may receive his life-giving humanity which progressively gets rid of the pollution (sanctification). In this way, we become one with Christ only because he first became one with humanity.

Johnson points to three truths that arise out of our discussion about the Incarnation.[7] First, the incarnation helps us see that salvation is “in Christ” because it is only in him that humanity has been reconciled to God. Salvation isn’t found in what Christ gives us apart from Himself. It is only found in the God-man Christ. Second, the incarnation shows us salvation is a pure act of grace from the side of God. God accomplished what no human could accomplish, because only the Incarnated Son could serve in this capacity. Third, it helps us appreciate the work our church fathers did during the Christological controversies of the 4th and 5th centuries. The very life and future of the church was at stake when they wrestled over the meaning of “the Word became flesh.”

We’ve covered a lot! Let’s take a moment to summarize. Union with Christ means Christians can engage with a holy, majestic, and triune God in the here-and-now. Oneness with Christ begins with Christians joining themselves to Christ their righteous, substitutionary representative before God. It’s only in Christ that we keep the covenant. And lastly, the incarnation is the basis of our union with Christ – God the Son joining himself to humanity means we can join ourselves to Christ.

[2] For more on this idea, see Davis’ Meditation and Communion with God, 122ff.